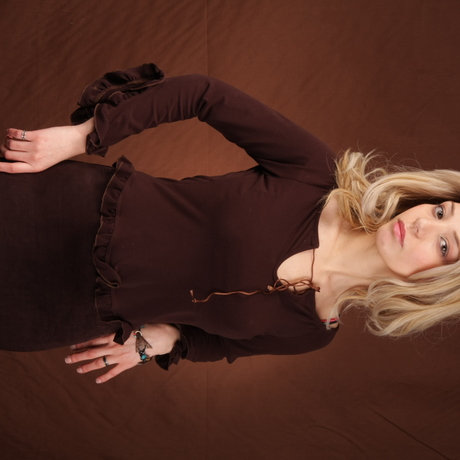 🇱🇷I am pleased to introduce three of my new scarves and I hope that you will like them. As you will certainly notice, they are realized in the stylistic of Mediaeval Armenian decorative elements.
This first scarf is decorated with the ornamental motives from bas-relieves of the Surb Khach (Saint Cross) Monastery of the Akhtamar Island, adorned on both sides with stylized images of early Christian capitals of Ionic order. The main theme represents the image of the fish as the secret symbol of early Christians and the perception of Jesus.
The second scarf has four horizontal lines, two of which in the middle representing stylized lions in inverted colors. Two side lines depict stylized ornamental motives of column capitals. Such bas-relieves of lions can be found on mediaeval churches and mainly represent heraldic symbols of royal and princely families.
The central theme of the third scarf in form of twisted ornament also comes from bas-relief decorations. On either side of the latter images of mythological animals can be seen. The stylized images of the Ursa Minor (Little Bear) served as prototypes for them. 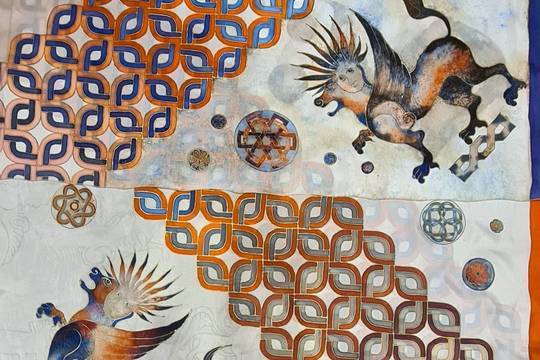 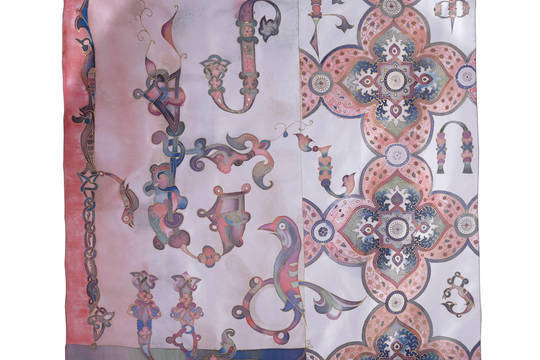 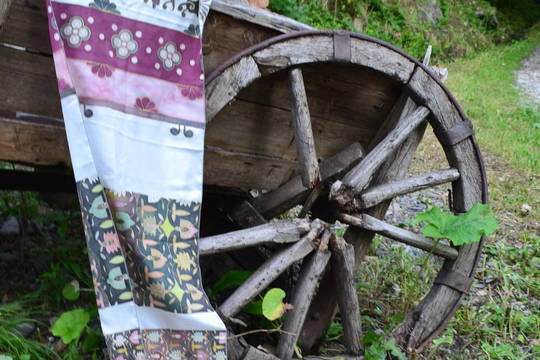 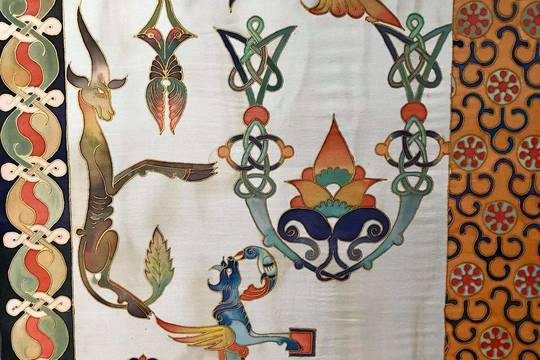 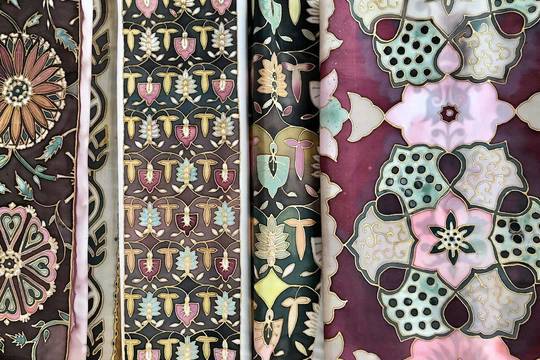 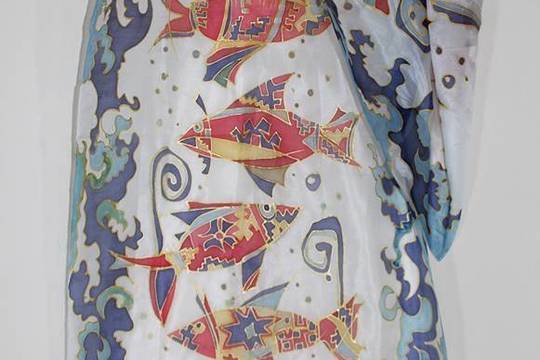 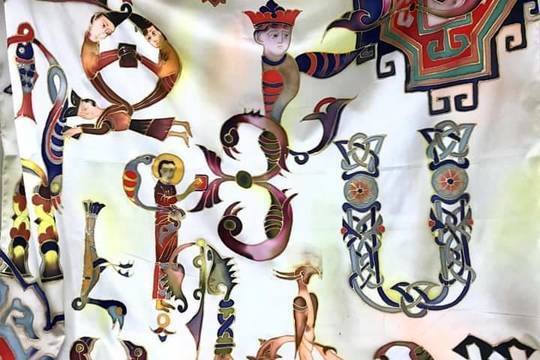 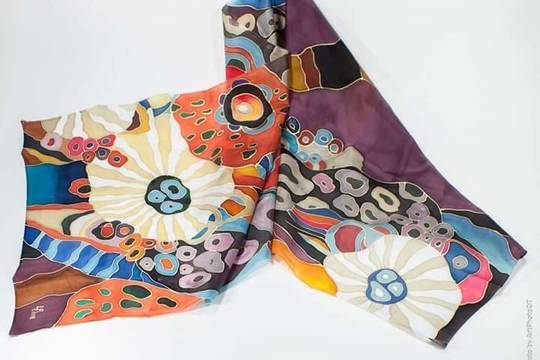 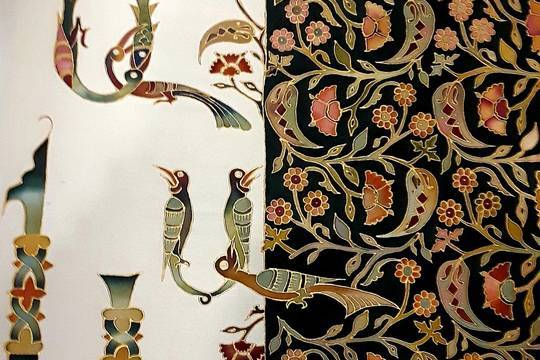