The contest for architects and designers is dedicated to the creative works of the architect and innovator Frank Lloyd Wright. This architect’s genius is in simplicity of forms and their functionality, his projects seemed to merge with landscape creating a perfect picture of unity with nature. At the same time they remained high-tech and fully adapted to life. The architect also referred with high attention to the interior design, décor and furnishings of the apartments were utterly created in accordance with his conception of harmony.

Such constructions of Frank Lloyd Wright as the "Prairie Houses", "Fallingwater", the Solomon R. Guggenheim Museum have produced a revolution in the architecture of the early 20th century and continue to surprise and astonish our contemporaries.

Dear architects, we invite you to display imagination! Create an architectural project that is in symbiosis with surrounding nature. Dear interior designers, show how does, from your point of view, look like the interior of the house in the famous style “Prairie Houses”. We are waiting for your works!

Requirements for taking part in the contest:

The contest can admit one portfolio per participant containing from three to seven works. After the completion of the contest "Organic architecture" portfolios, specially created for this contest, continue to participate on the same basis in the main contest of the project VATIKAM "Best works of 2016".

Winners of the first three awards in each nomination are participants with portfolios that get the maximum number of votes for the entire period of the contest.

Contest prizes: the Winners of the contest will be awarded with special first, second, third degree diplomas from the International Association VATIKAM. Works of two winners, taken the first place in each nomination, will be hosted as a banner at the top of the main page of the VATIKAM website during 1 month (from June 1 to June 30, 2016). 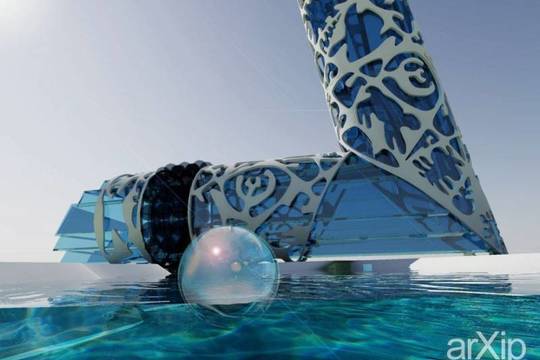 The contest for architects and designers is dedicated to the creative works of the architect and innovator Frank Lloyd Wright.

Results of the contest “Organic architecture”