News > Meeting with winners of VATIKAM project contests in Ekaterinburg

On September 24 2015, a meeting took place in Ekaterinburg city, Russia, between the president of the Association VATIKAM, Kamo Vagarshakovich Saakyan, and participants of the VATIKAM project.

The President of the Association awarded a diploma for victory in the “Soul of the Wood” contest in the “Toy design” nomination to Dmitry Sheikman, chief of the laboratory of the mechanical woodworking department of the Ural State Forest Engineering University. 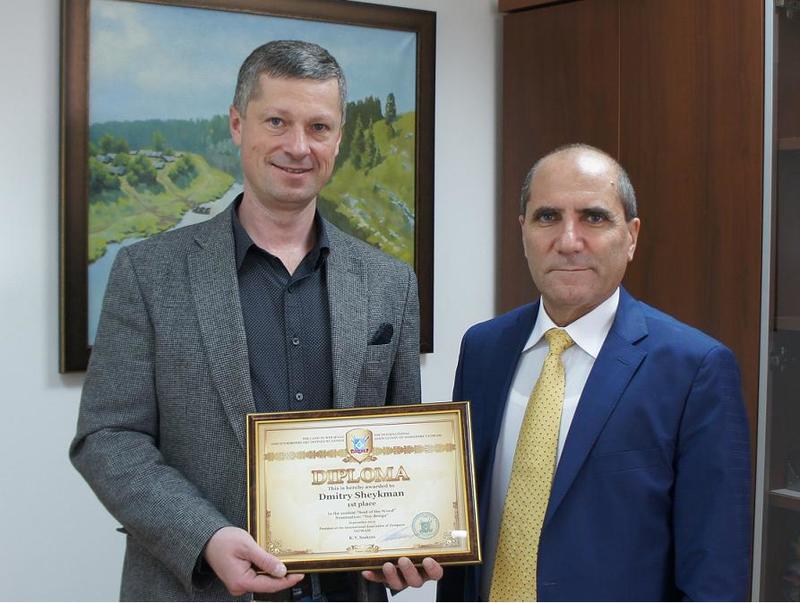 Diplomas were also awarded for winning places in the “Fabulous houses of Antoni Gaudi” contest to the renowned sculptor, professor of the composition and art training of the Ural Ural State Academy of Architecture and Arts, Gevork Gevorkyan, and the famous architect Alexander Barabanov.

The meeting got even more excited due to participation of a well-known Russian master woodcarver Valery Sorokin who arrived from Yaroslavl, showed his works and talked of the secrets and tricks of wood carving handicraft.

The participants thanked the President of the Association for creating such an important project that opened new opportunities aiding in promotion of the works by project members in many countries of the world. Guests also took a photo with the President as a memento.

We are wishing to our winners to keep up with the highest professional level, to reach for new victories and achievements!