News > On December 6th 2014, the first meeting took place between the President of the International association of designers VATIKAM and the project participants

On December 6th 2014, the first meeting took place between the President of the International association of designers VATIKAM and the project participants in the conference room of the “Le Vashoff Hotel”. The meeting had an introductory nature. The participants have shared their impressions on the project, discussed further perspectives and new opportunities.

“We are currently at the active development stage; after eleven months, our project has over 6200 people as participants, and over fifty thousand users from 130 countries all over the world. A significant and very important for us is the fact that eleven months after our project started, your works have been watched over a million times in various countries; this shows our mutual success, and it’s a great result for a newly established project. The professional success of each of you and the project success in general depends on your activity”, said the President of the Association.

Based on the meeting results, a decision was made to appoint Sergey Belyanchikov, a highly experienced designer, the representative of the International association of designers VATIKAM in St. Petersburg; the designer has thanked the President for the reposed confidence. Within 2015, it is planned to appoint representatives of the association selected from the project participants in major Russian and CIS cities.

We congratulate Sergey on the appointment and wish him great work results!

We thank the participants for attending the meeting, for their zeal and for the great interest in further development of the VATIKAM project! 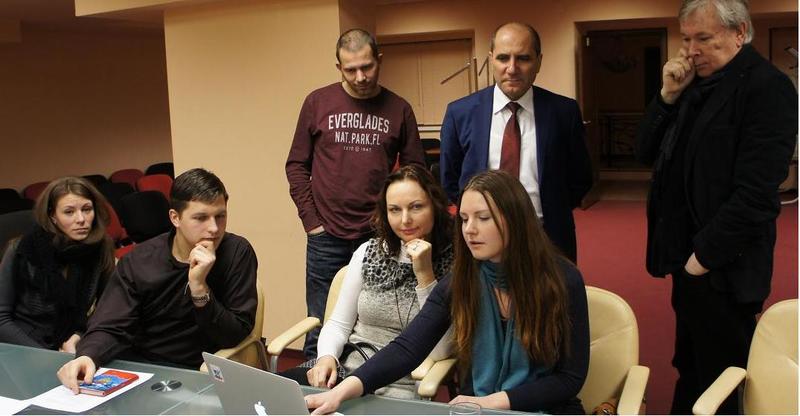