Techno – this style in an interior has appeared in the period of rapid development of information technology – in the 80s of the XX century, and since then does not lose its relevance, often «basing» in interiors of modern dwellings.

Simplified definition of a term Techno style (translated from English «Techno» – «technical», «techno») – it is thoughtful rigor, progressiveness, and even some expressive coldness. Here dominates meaningful chaos or artistic disorder. 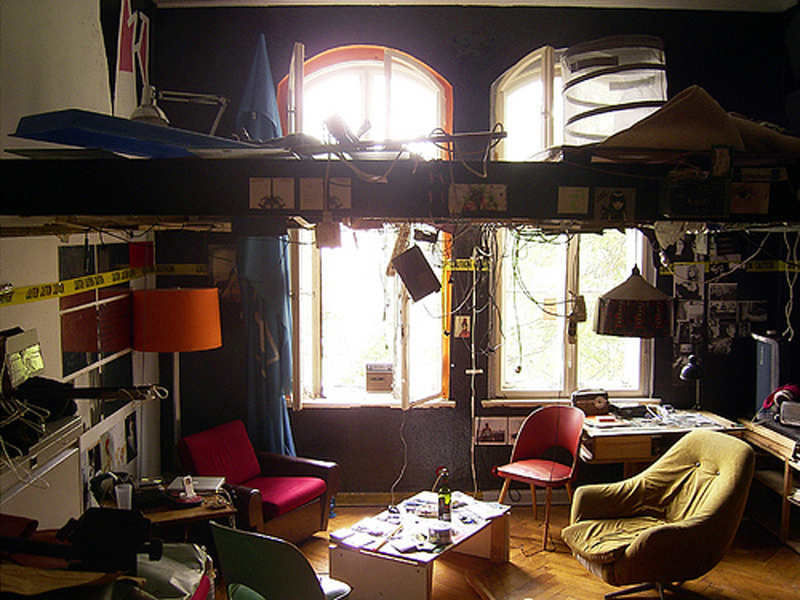 Techno – is the style, which is characterized by a special psychology of life. In interior design of residential premises is not used often, but the style is very popular in disco clubs, bars, restaurants etc. Techno combines in itself all possibilities of modern technology and special atmosphere, sometimes even at the expense of functionality. The style, which absorbed all brightness and extreme shine, show from the 80s. 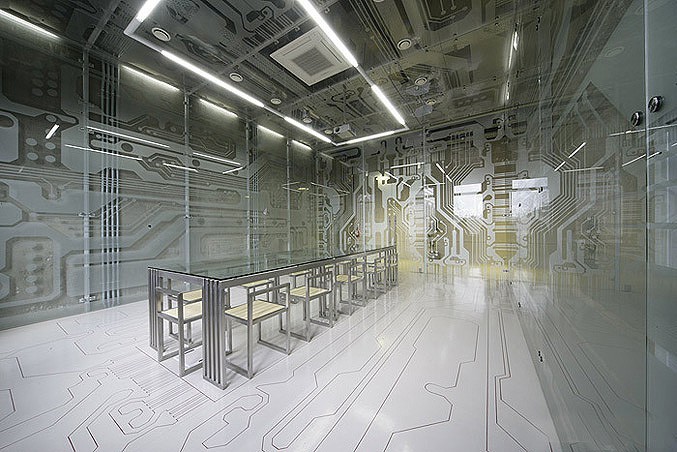 Ultra-modern techno-style will barely find a response in souls of lovers of home comfort. Forever young and growing, it is, more likely, a resident of youth spacious studio apartment, dwelling of a busy man, which at first sight is similar to an manufacturing area, but in this there is an aesthetics of techno. 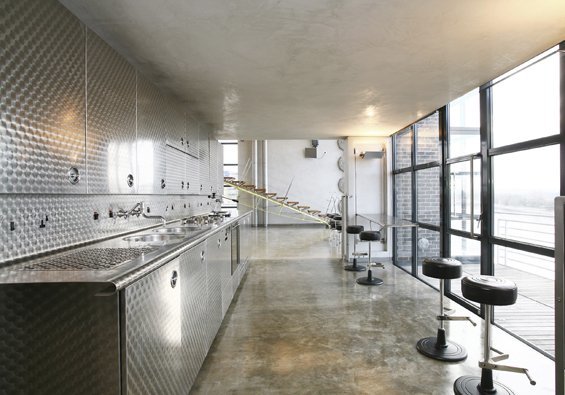 Here there are displayed scraps of coloured cable, in an apartment there are visible opened balks with unusual lamps, painted pipes or other communication in the form of decor items. There are also specific platforms from entresoles, and also protruding fittings. 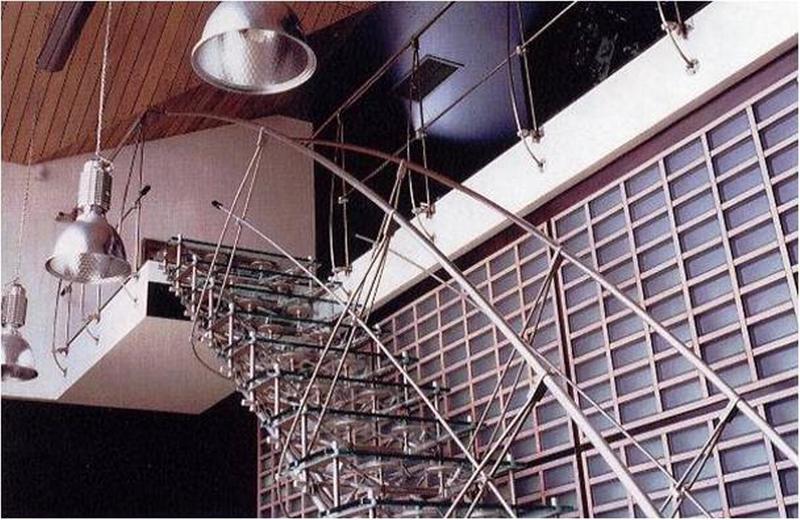 For choosing the style «techno» there are used modern natural or artificial finishing materials (glass, concrete, stone, brick, plastic and metal) which are allowable «to soften» a little by tree of light shades. Walls are as a rule decorated in a «rough» style with rugged texture of surface, often there are specially kept areas with peeling finish. 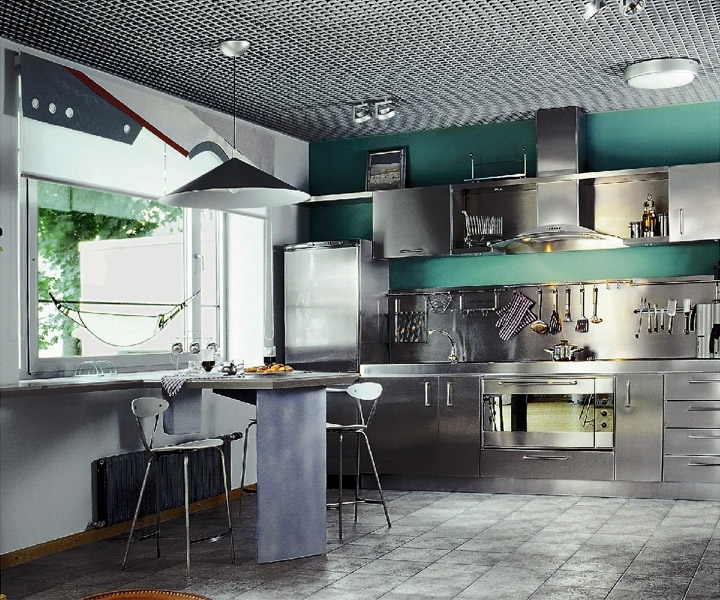 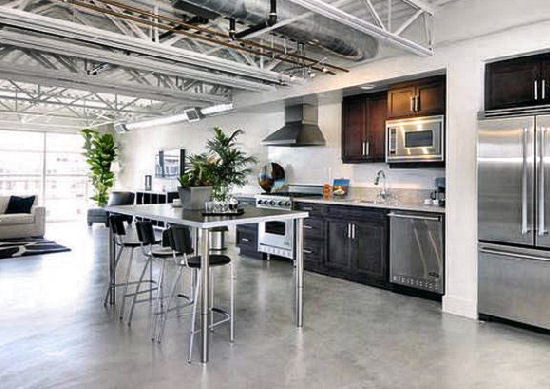 Light plays a very important role in techno-design. Exactly specially selected lighting adds refinement and extravagance to the design of an apartment in the style of techno, lifts the veil of mystery of high technology. It may be the most modern lamps with open fittings which change its form, fold, extend or even turn over. Thus a room is illuminated at different angles, there is an effect of unusual flickering lighting and refraction of rays, reflection of light from glass or metal surfaces. Sources of light may be quite original, for example, bulbs from matte glass, lamps with very long tripods and wires, lampshades-skyscrapers made of perforated steel or ceiling chandeliers made of flat rectangular parallel plates, from which light is reflected and spread inexpressibly. 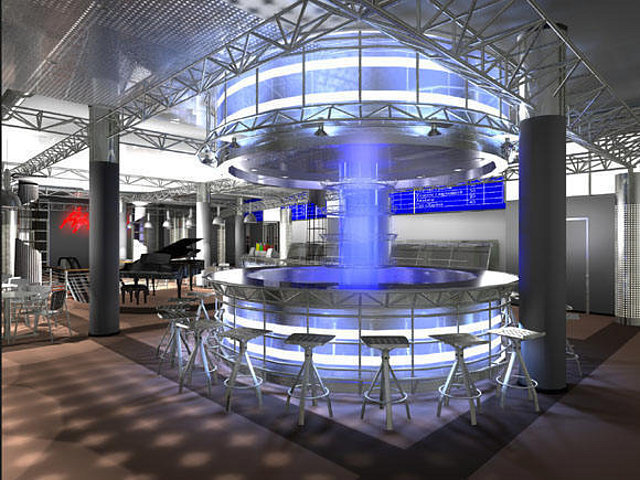 Furniture in the style of «techno» is made of metal, coloured plastic, glass and sometimes wood is added. The main feature of this furniture is that it resembles a factory production furniture: metal cabinets, reminiscent of a safe or a container, stools, tables and chairs made of metal pipes, glass tables and etc. Furniture is often complemented by changing the height legs-tripods and rollers for more functionality. There is used and soft furniture, form of such furniture usually represents a low soft seat and a metal backrest or armrests. Also are popular puffs resembling shapeless bags. Accessories in the style of techno may be any metal parts up to bearings, all kinds of technical innovations, laser disks, shiny objects, glass vases. An interior will be complemented by metal doors, spiral staircases and a variety of items resembling details of a spacecraft. 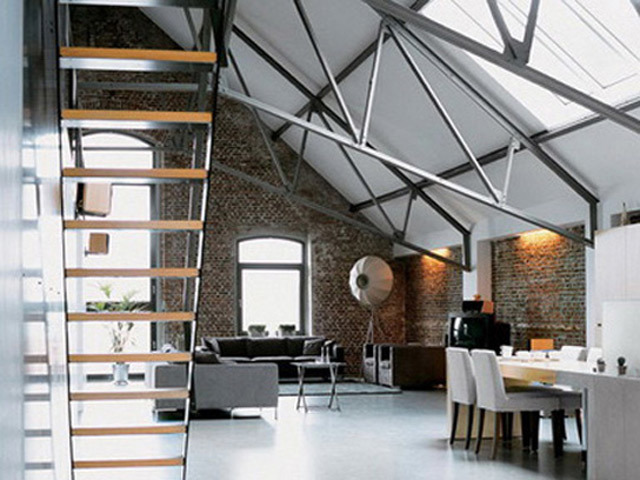 Bathroom in the techno style.

An interior of a bathroom in the techno style resonates with the high-tech style. It is characterized by strict geometric lines, chrome faucets and taps, other modern sanitary equipment. 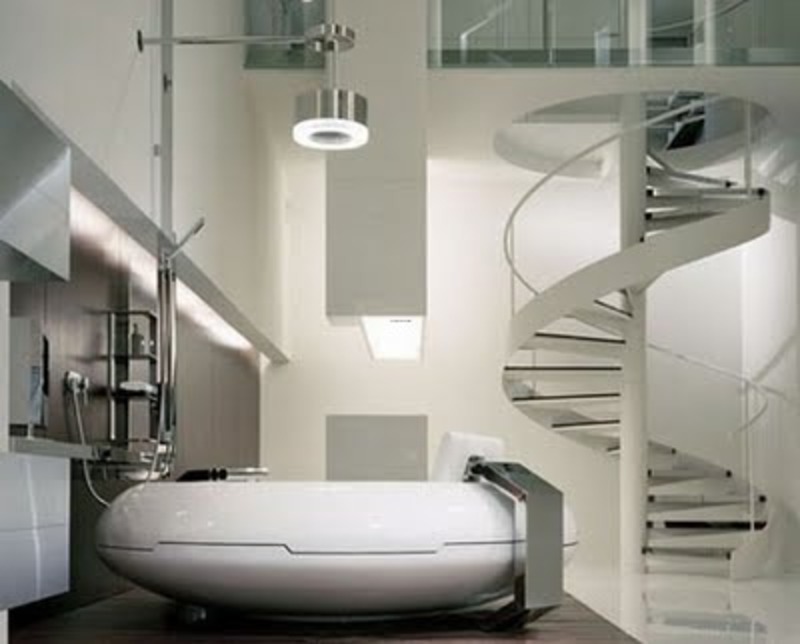 You are welcome to read the full article on the personal website of the author – designer Tatiana Antonchenko: https://3dproject.by/a34083-stil-interera-tehno.html