Sculptures are components of the unique author's project «MYTH», purpose of which is to study influence of myths in the modern society. In ancient times myths were the source of knowledge and were a kind of the equivalent of science, the whole system, in concepts of which the world was perceived and described. Besides that for a long time they were serving as an important source of historical information.

In modern world the myth is not cognitive, but rather behavioral in nature, as a form of knowledge it has almost lost its actuality, but as a drive to act has not exhausted its potentialities. Unlike ancient times, in the contemporary world is not nature that is mythologized, but for example, social and emotional life of a man. In the modern culture there is a process of remythologization when mythological perception increases sphere of its influence, and here and there, for instance, in art, politics, even science is beginning to play a significant role. 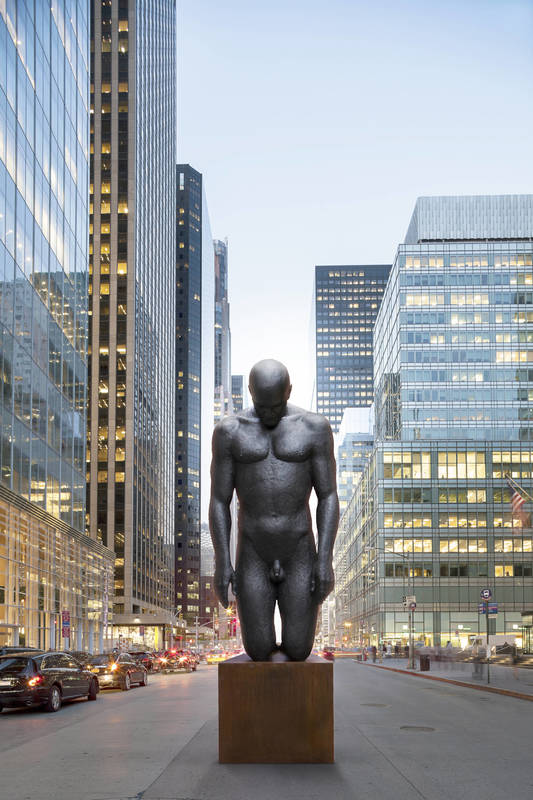 The sculpture «KNEELING» is a figure of a naked man who is on his knees, his head bowed. Usually we accept such a position during prayer, the expression of prayers and worship to a higher power. Also the person kneels, while acknowledging the authority of Heaven, humbly and with reverence, aware of his greatness. Cast stone, black metal. 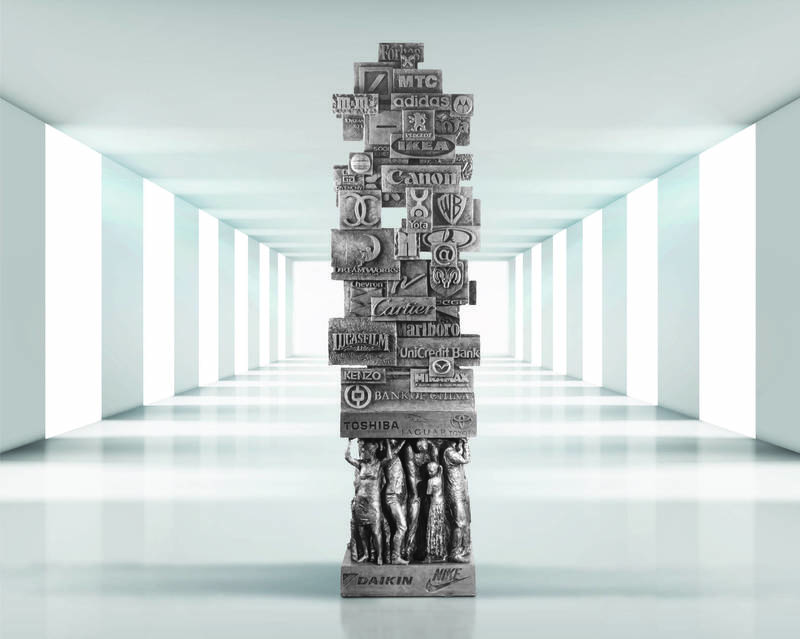 THE THRONE OF HUMANITY. Contemporary sculpture - one of the five subjects sculptural series that I've created. The series consists of: «a Totem pole of all religions, the Obelisk of freedom2, «the Sarcophagus of Humanity», «Modern icon». This philosophical series of sculptures was created as a reflection of the moment, which came humanity. In «Throne of Mankind» I painted the pyramid of values on which is built the modern consumer society. Bronze. 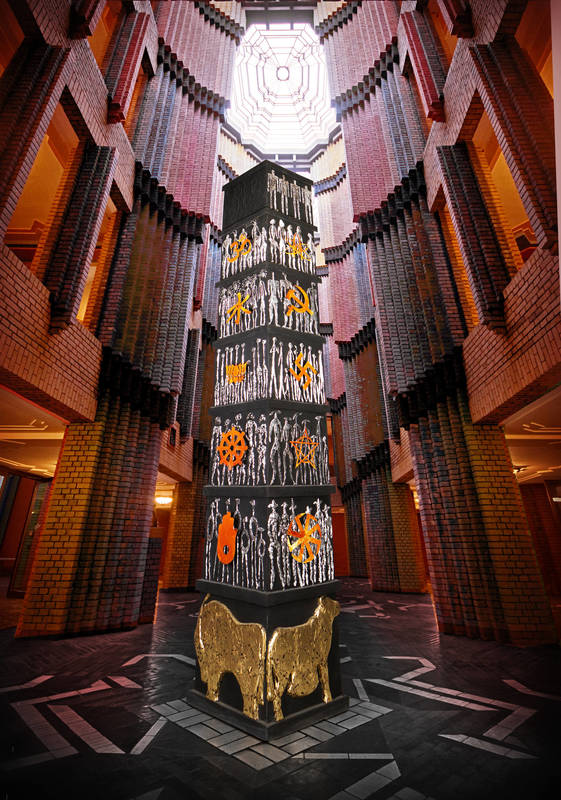 TOTEM POLE OF RELIGIONS. This modern sculpture is part of the overall composition of the five subjects. On the reliefs depicted from the most ancient signs and symbols of Zoroastrianism to the symbols of the Bahai and symbols of the Communist party. The upper part of the column free from characters: the sculptor reflects and shares with the audience some thoughts about the possibility of further development of society as a whole. Cast stone, black metal. 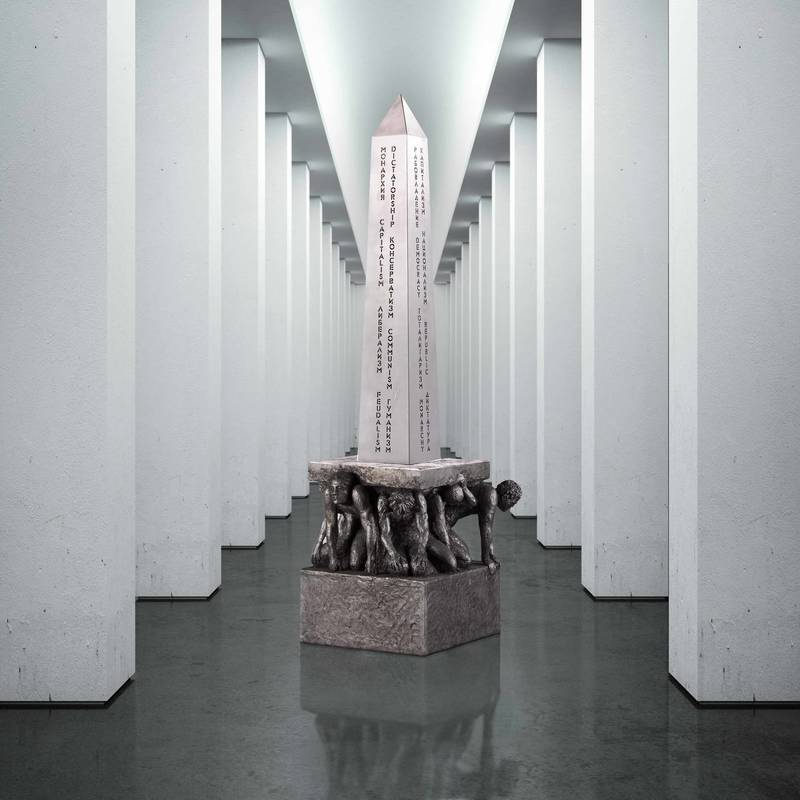 The OBELISK part of the General modern sculpture, consisting of five items. On its four sides top to bottom are written the names of various ideologies (nationalism, liberalism, humanism, anarchism, etc.) and forms of government (Republic, monarchy, dictatorship, etc.). Names are duplicated in English. The pedestal of the obelisk - people, men and women who hold on their shoulders the brunt of the established forms of domination and power, as well as the interests of various social classes and groups. Composite material, metal. 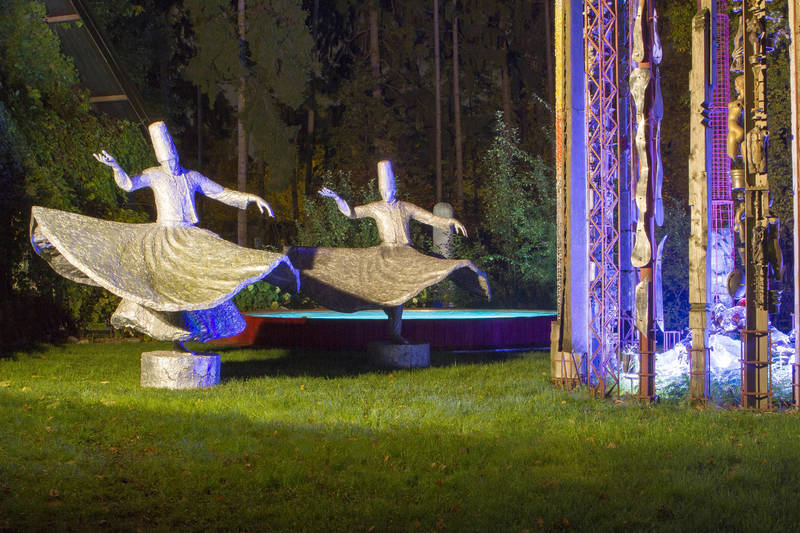 DERVISHES. Dance of the dervishes is a form of SEMA physically active meditation. Revolving around its axis in white with skirts raised to the sky with his right hand and turned to the earth the left, the dervishes enter the kind of trance a state of religious ecstasy and are the conductors of divine energy. Molded stone. 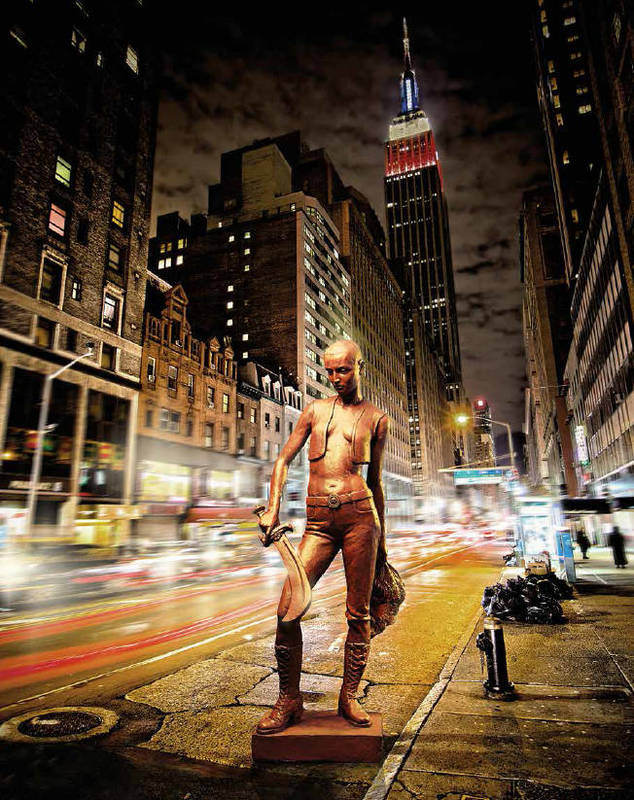 JUDITH WITH THE HEAD OF HOLOFERNES. The main idea of the sculpture was the development of modern key themes of courage, able to manifest in certain conditions. Femininity Judith becomes necessary paradoxical component of its warlike deed, more suitable man. The experience of combining delicate femininity and brutal stiffness looks to justify a new understanding of beauty, seeks the power of truth. My meditation on the eternal dialectic of male and female, life and death, about sacrifice and hero... find relevant, without losing its fundamental insolubility. Cast stone. 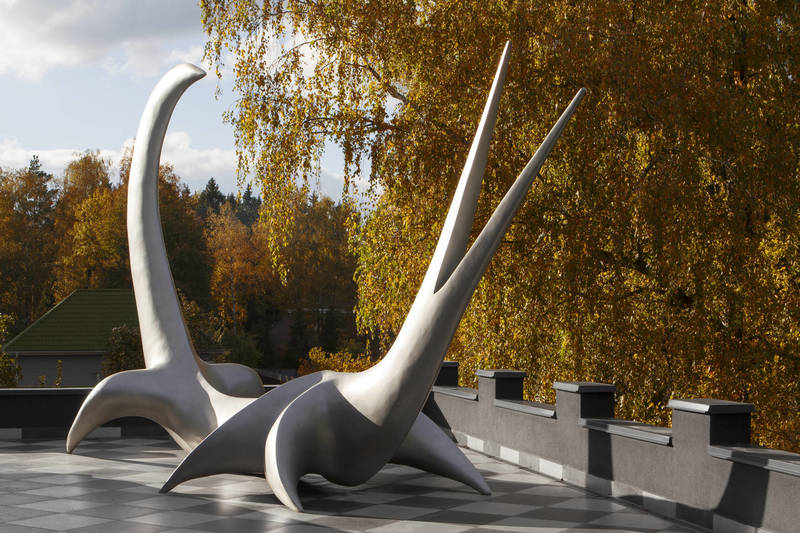 DEATH OVERCOMER. Sculpture from the series «Dogs of Abel. The Dogs Of The Lord». (Abel kanos / Domini kanos). When Cain killed Abel, he thereby opened the door to evil - dark spirits, carrying Death, Envy, Hatred, Evil, Murder, entered the world. Spirits pounced on Abel's body and began to tear him. Seeing this, the Lord sent four Dogs to guard the immortal soul of Abel and escort him to the sacred staircase to Heaven ... According to legend, everyone can summon the Four Guardians, the Dogs of the Lord - eternal enemies of Evil and Darkness. /// Death is the conqueror , Storing from the attack, Envy is smashing, Against hate standing /// Composite material.

You may see the works in the section «Exhibition».