Loft is a rather modern style, which is gaining popularity in recent years. Its slogan: «Fresh air and no partitions». This is a style for creative, modern and free-spirited people. By nature it is very similar to minimalism, but gives a person fuller scope to imagination, ideas and plans. Perhaps that is why it is chosen by many people. 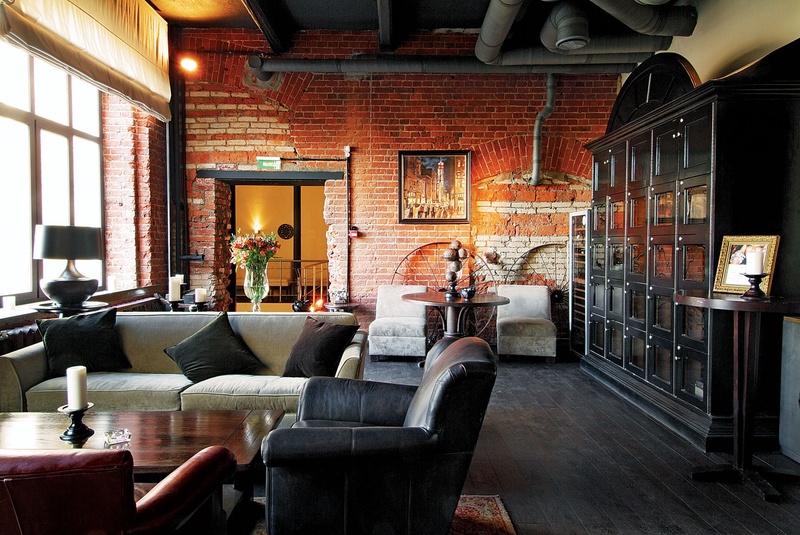 The word «loft» is of foreign origin and literally means from the English «an attic», «apartments upstairs». Idea of using abandoned factories, warehouses, workshops and manufactories for housing is not new, its roots are stretching from the 40s and are of American origin. 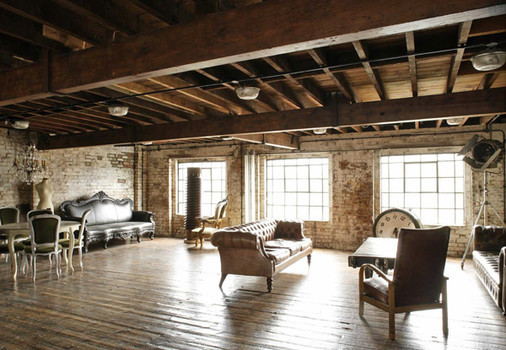 In America in the 40s production began to move outside the cities, so the vacated warehouses, abandoned factories, workshops began to be equipped for living quarters. Most often such premises were occupied by people of creative professions, where they spent not only personal time, but also their exhibitions, presentations. When rent rose in price, these premises were occupied by richer people: businessmen, politicians, bankers. And they brought to an interior new items, expensive furnishings, decor and equipment. Exactly from this time loft in an interior began to come strongly into fashion. 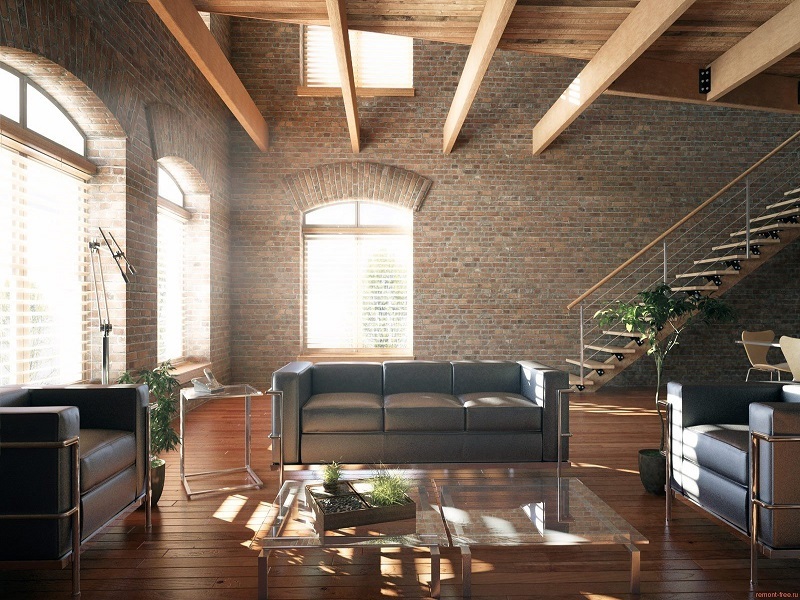 The main concept of the style is an arrangement of different architectural solutions. For example, a harmonious combination of old (brick walls, stairs, pipes, open ventilation systems, factory fixtures) and something modern (trendy technology, metal and mirrors) in one interior. 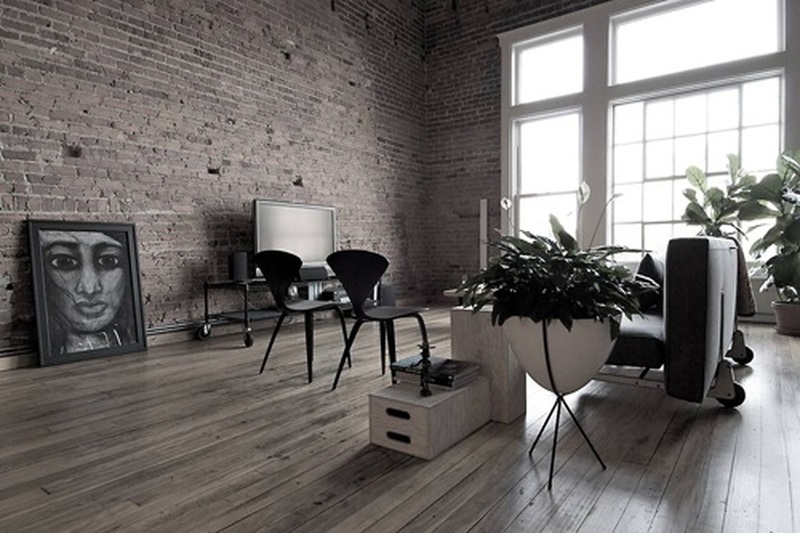 In a standard apartment it is easy to organize space in the loft-style – it is necessary to have a little imagination and courage. This style is good and convenient because it does not have clear borders or mandatory attributes. 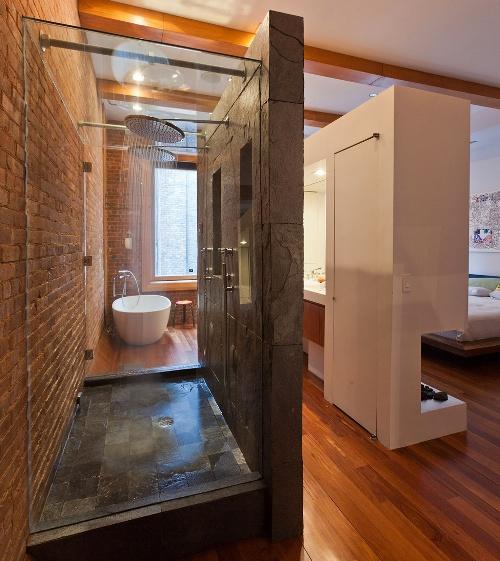 Characteristic features of the loft style: 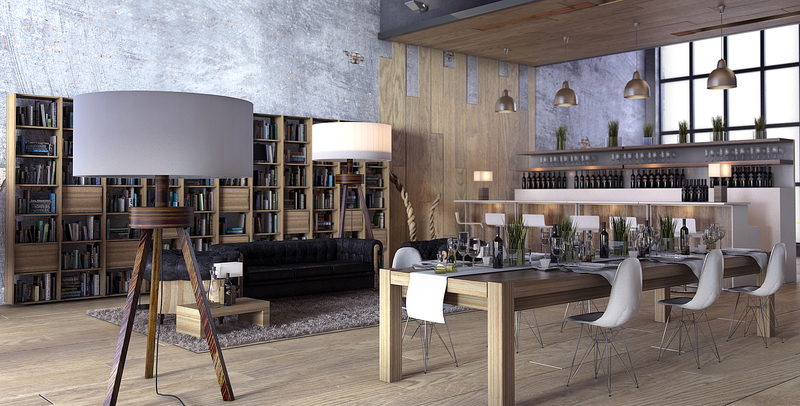 And now, in detail. 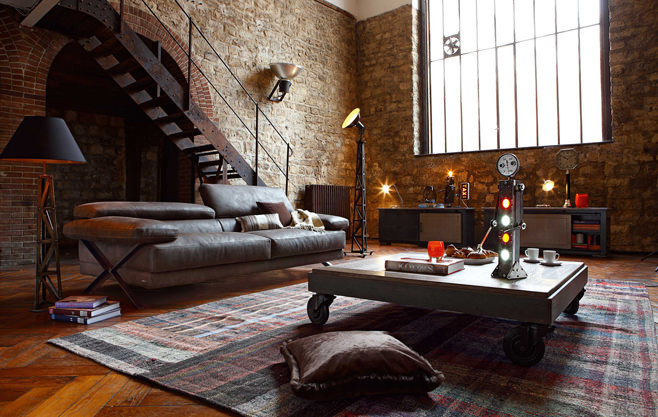 Basis of an apartment in the loft style consists of details: furniture is maximally simple and functional, colours are mostly of cold shades, large windows, almost complete lack of decor. And that in other styles looks as a disadvantage, various brick ledges, plastered walls, wooden floor, is a zest of this style.

In order to create the loft style in an interior may be not used any special finishing materials. 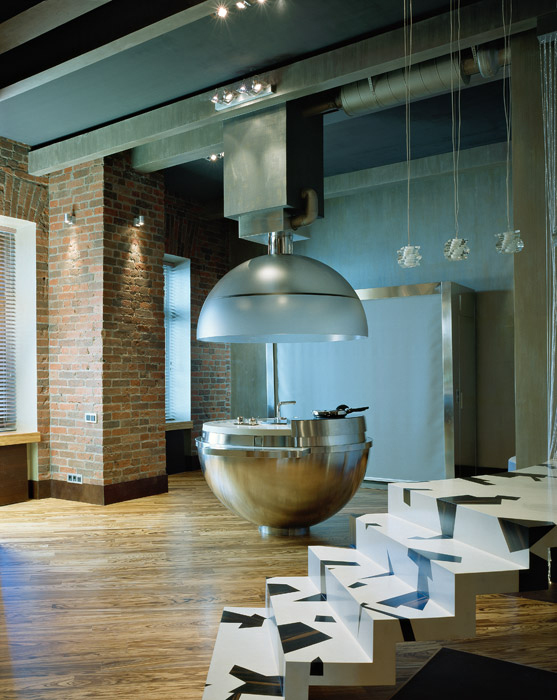 You are welcome to read the full article on the personal website of the author – designer Tatiana Antonchenko: https://3dproject.by/a34090-stil-interera-loft.html