Minimalism is considered the brightest and the most controversial style of the second half of the XX century. 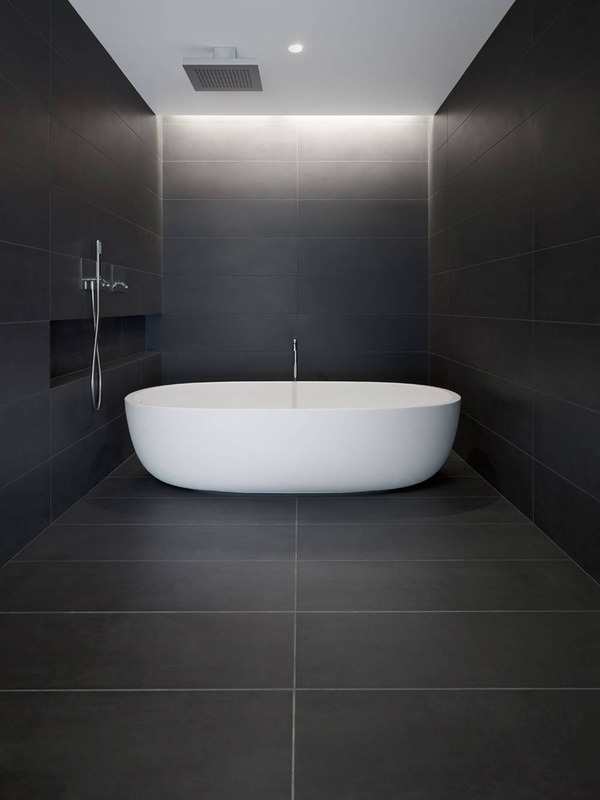 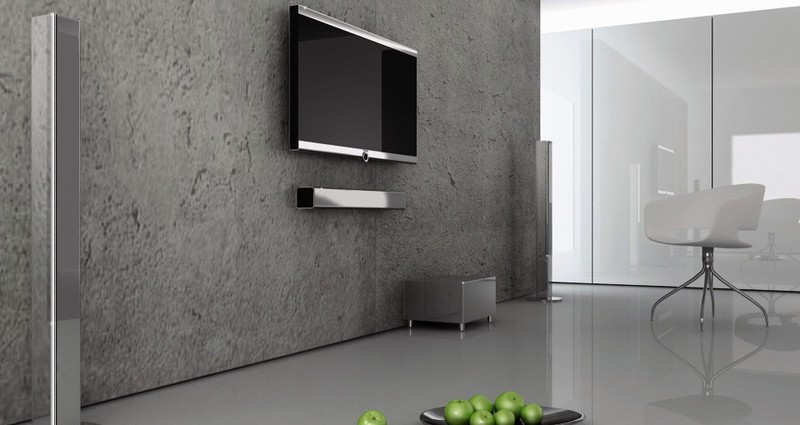 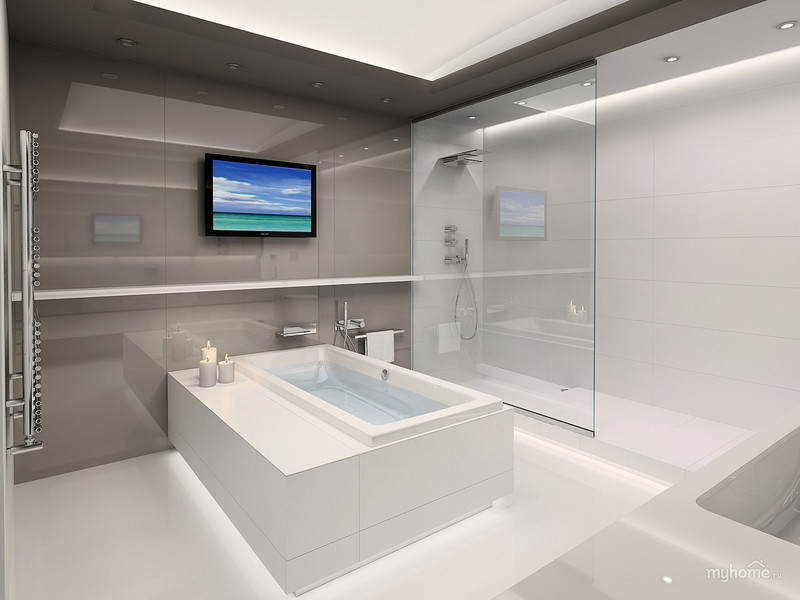 Minimalism in an interior has gained immense popularity which is quite natural: after an abundance of forms and details of the Baroque, the Modern swirls and waves of popularity of the Oriental style, the appearance of a laconic direction in an interior was only a matter of time. 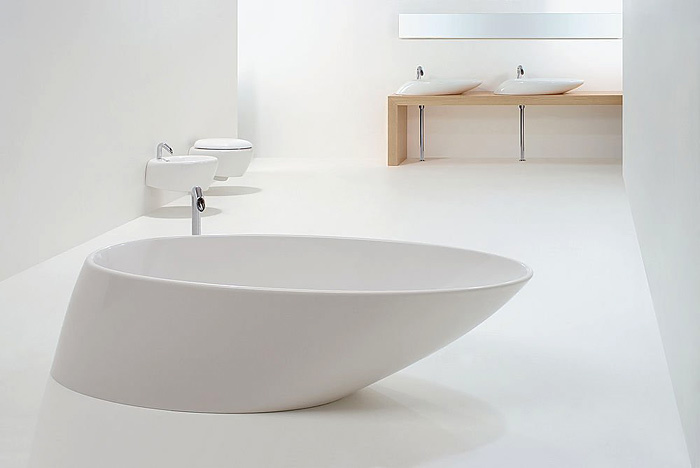 Minimalism – is a modern interpretation of an early oriental style, also it grew out of constructivism of 1920-ies. Its motto: refusal from necessary in favor of the most necessary. The interior style of minimalism based on the principle of constructing perfect forms and proportions, designing of space by play of contrasting colour correlations and lighting in the complete absence of decor. Huge expressiveness of the style is achieved through contrasting colours, materials, and also asymmetry and unusual remarkable images. Minimalism – this is nothing extra, only purity, perfectness and comfort. 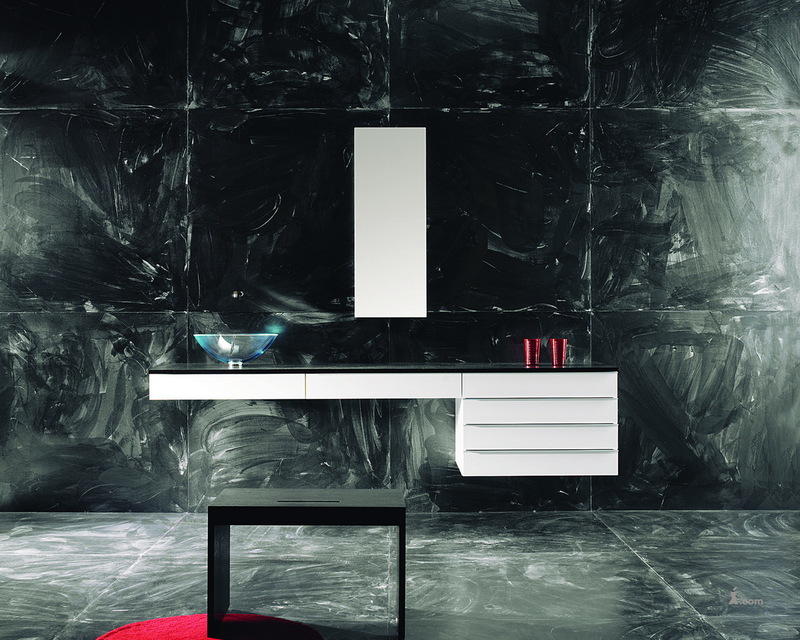 From the very beginning, the European minimalism was based on Japanese interior design. Apartments were cleared from oversized furniture that allowed making space more free. Decor (various paintings and murals) was removed. The purpose of such manipulation is to organize common space in one’s home. 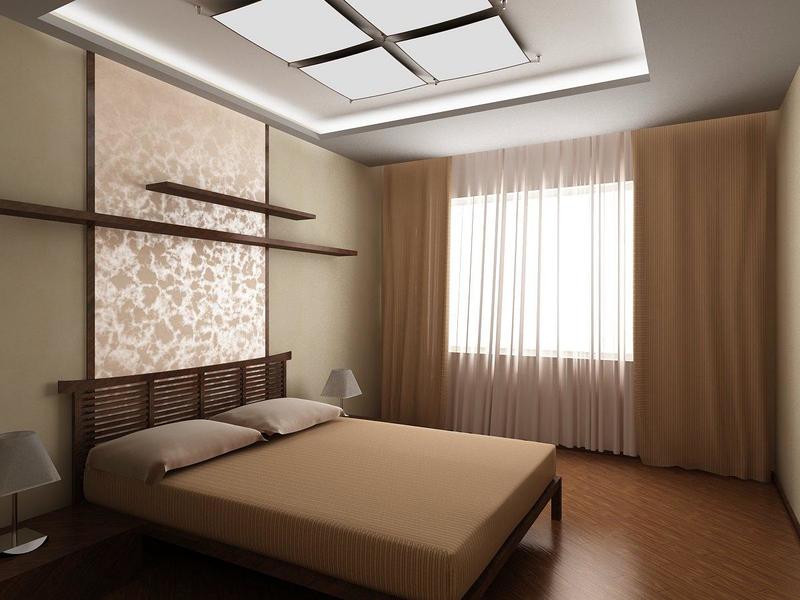 Japanese culture brought to the Western countries simple shapes, open spaces and functionality. Philosophy of contemplation, on which minimalism was based, attracted the Europeans, and gradually this style became very popular. 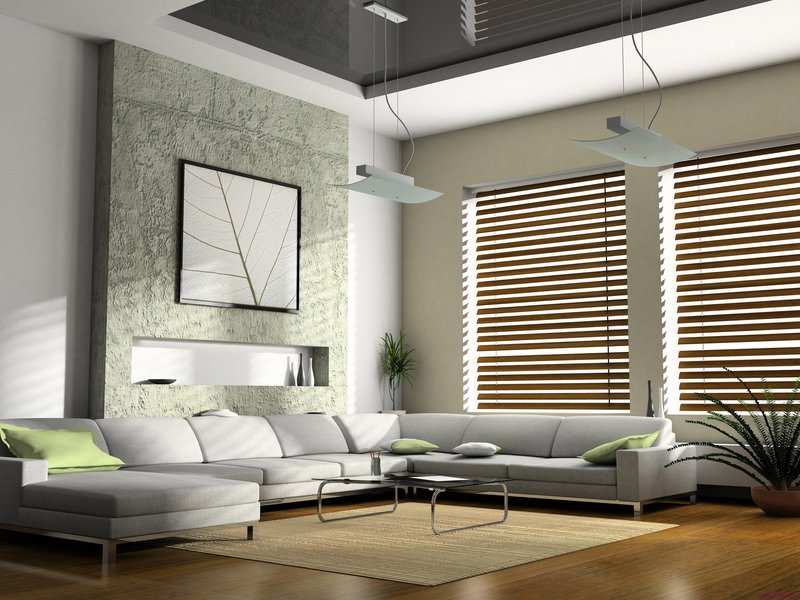 Minimalism allows creating an illusion of spaciousness even in a small apartment, hiding a huge amount of necessary things, to «clean up» the space. This style cannot be referred to a "cheap" one: there are used natural wood, expensive materials and fabrics. Interior design in the minimalism style is better leave to a professional, because in spite of outward simplicity it is characterized by accuracy of calculations, reasonableness, practicality. 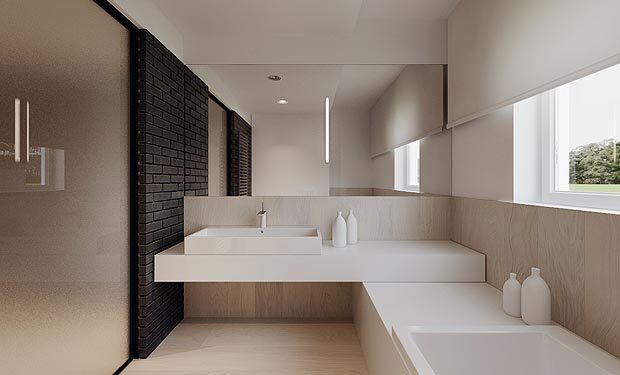 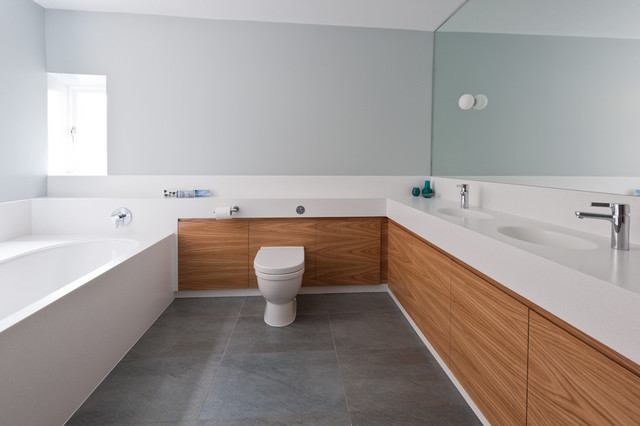 To create an interior in the style of minimalism are used simple natural finishing materials, often raw, with rough texture, such as brick, concrete, wood or plaster. Colour scheme is chosen in light palette, based on semitones play, there is always a lot of white, which is highlighted with black or gray.

To shade such colour scheme helps natural tones of wood, brick, metal, glass glitter. The main thing is not to lose sense of measure, that is why there is needed to avoid unnecessary features and details. This style is not only a tribute to fashion, it is a special perception of the world. Typical to this style philosophy of contemplation helps people to calm down and creates a special psychological attitude. 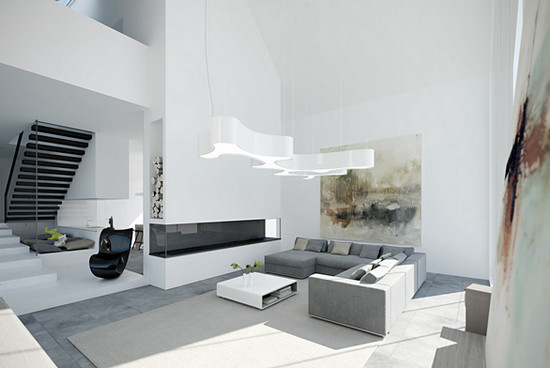 Minimalism – this is, first and foremost, modeling space and light using minimum necessary items. A limited number of subjects supposes that each of them should be perfect, as like all the composite decision.

Decoration of an interior of this style is almost absent, it is replaced by functionality. Also the distinctive feature of this style will be presence of a large number of flat surfaces clearly depicting play of texture of a material and light. Shapes of objects are simple, without ornaments and decoration, colour is calibrated, as all proportions and forms of interior items themselves. 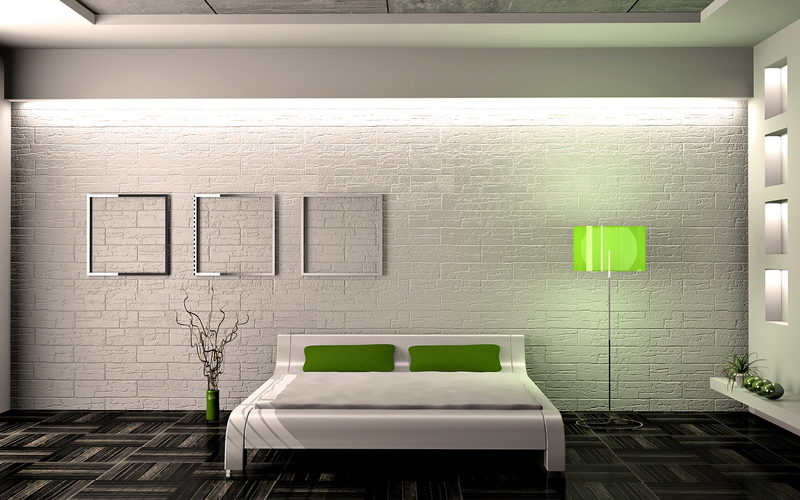 Lighting in designing of an interior in the style of minimalism implies the presence of large windows for abundance of natural light. Drapes for this style are not typical, they are replaced by vertical and horizontal blinds, it is possible to use of French curtains. For electric lighting there are uses lamps with frame work of polished metal, with plafonds of simple geometric forms. Appropriate will be hidden ceiling light from neon and halogen lamps. 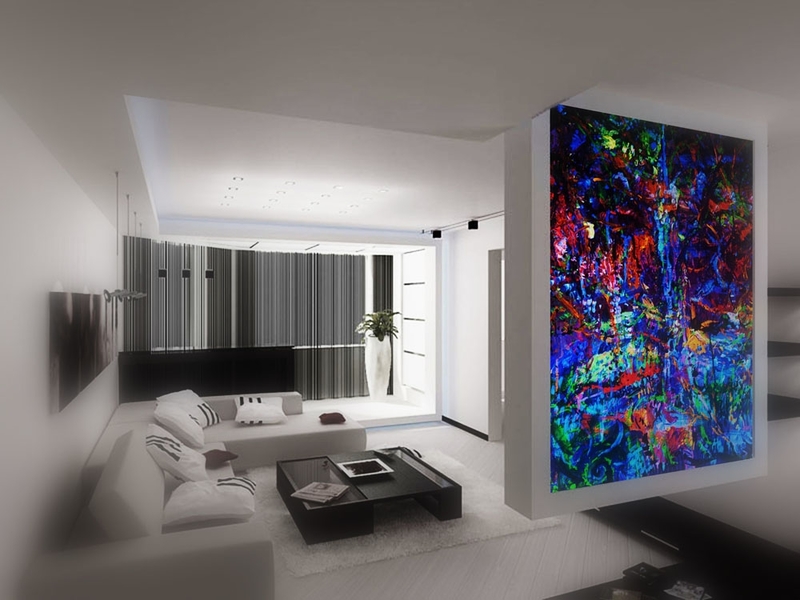 For the finishing of walls there are used paintable wallpaper, textured plaster and embossed wallpaper with a indistinct pattern. Interiors in the style of minimalism are becoming very interesting by insertion of wall panels made of natural or artificial materials, such as stainless steel, burnished and textured wood as well as artificial and natural stone. If to speak about colour solution of walls in an interior of minimalism, so it implies one-colour or two-three colour themes, of similar colour tones. As an option – there may be used contrasting colours that also will look favorably. 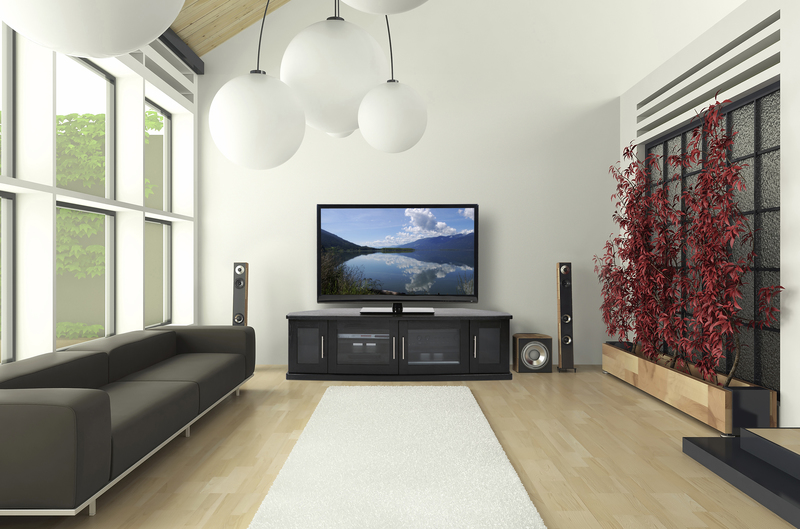 You are welcome to read the full article on the personal website of the author – designer Tatiana Antonchenko: https://3dproject.by/a34082-stil-interera-minimalizm.html
Email: 3dproject.minsk@gmail.com
facebook : https://www.facebook.com/profile.php?id=100007053015269