News > The new project of the recreation park improvement

In February to the Jury of the International Association VATIKAM Konstantin Paevskiy was taken, designer and architect, member of the project VATIKAM, the winner of the international contests.

Today we would like to tell you about his project of improvement of the recreational park in the very heart of one of the most beautiful cities of the Crimea. 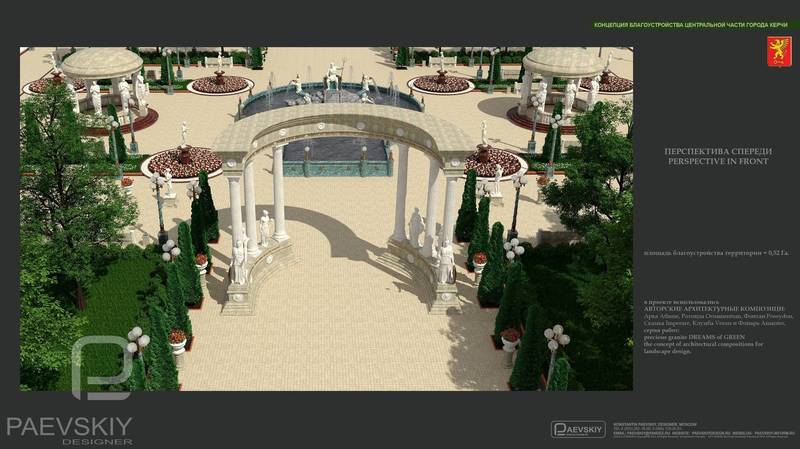 Presented author's project is located in the central part of the city of Kerch, its purpose is to equip the unused area, forming a unique and beautiful place for recreation and walks, which would reflect the character and history of the city. 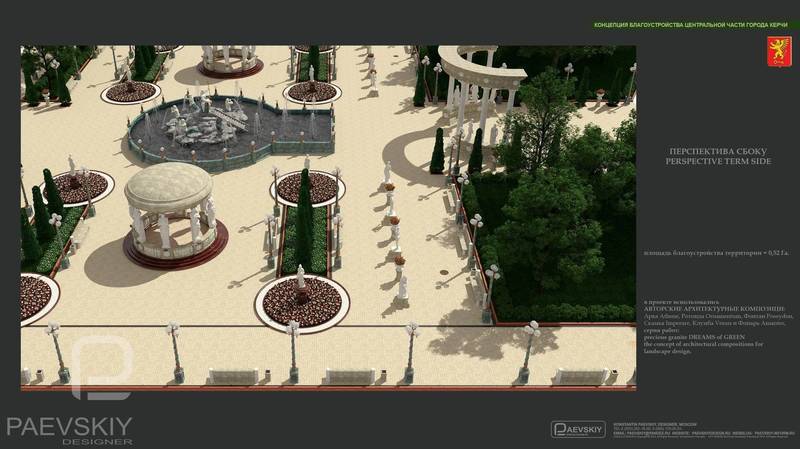 Created image of the landscape design of the park with the use of architectural compositions submerges to the world of antiquity, resembles the heritage of ancient cultures and tells about the rich history of the city. The present territory is located in the central part of the city of Kerch, on the square named after Lenin, nearby there is a unique historic monument of Byzantine architecture, the oldest on the territory of the Crimea Orthodox church of St. John the Precurser, the ancient part of which is the construction of the VI century. 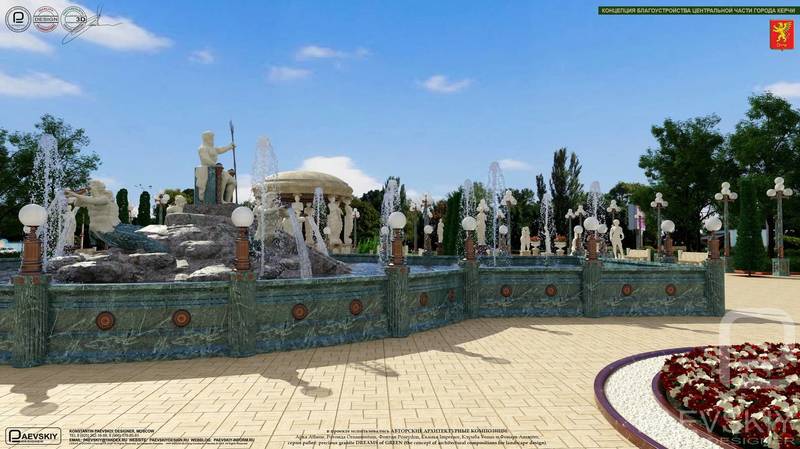 The concept of improvement of the territory of the landscape design of the park forms a unique place for recreation and pastime and complements by the architectural appearance the existing attractions and historical monuments of the city. The park is decorated in antique style, using the author's architectural compositions, which emphasize the origins and rich history of the city. 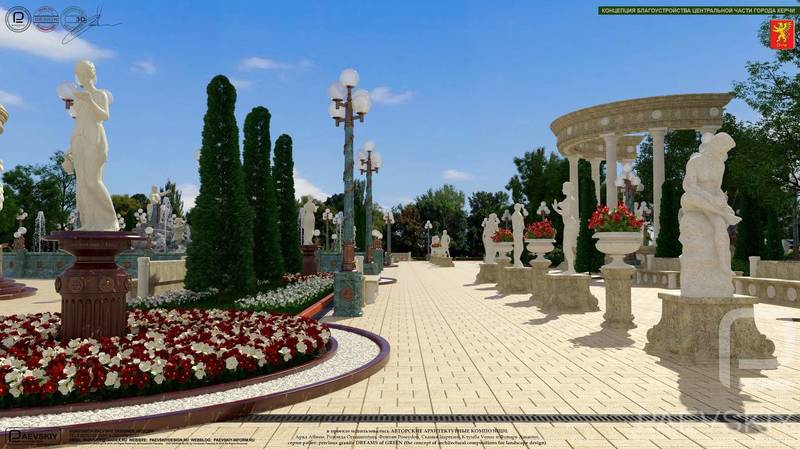 «The author of the project managed to preserve the spirit of antiquity, creating the project of wonderful recreation park and linking the modern look and the history of the city. The idea of improving the park seems entirely appropriate, creating and maintaining the overall sculptural and architectural harmony. 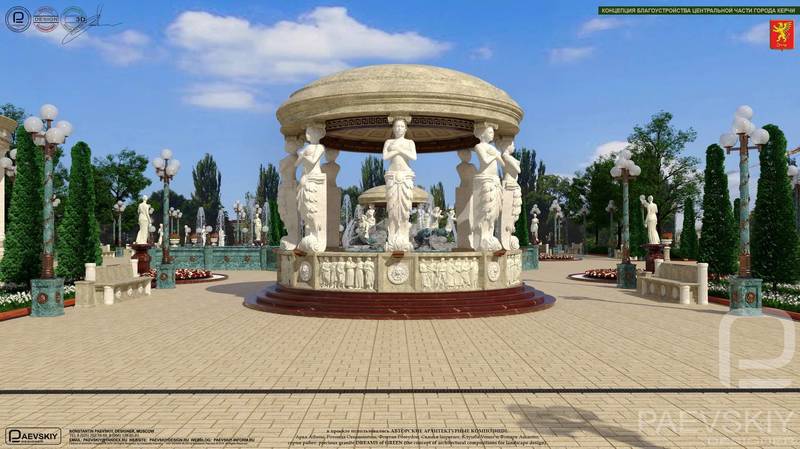 Sculptural works emphasize the architectural refinement of this wonderful place for rest. I think that every sculpture must have its individual solution and emphasize the modern rhythm and historical cultural heritage of the city. There is a small excess of sculptural compositions, but making slight changes and reworking of the project, the park will undoubtedly become a decoration of the city and the very place where the great past and the modern life are interconnected».

We wish Konstantin realization of his creative plans and success in work!