Results of the contest "Fashion and style 2016"

The contest "Fashion and style 2016" is completed and we are pleased to announce the winners. Fashion is diverse as our participants’ conception about what is fashionable this year. Different styles and trends, elegance and minimalism, futuristic images and original accessories – all works of the participants of the contest can be found in this section: "Fashion and style 2016"

In the nomination "Accessory design":

In the nomination “Textile”:

In the nomination “Fashion”:

The winners of the contest are awarded with special first, second and third degree diplomas from the International association of designers VATIKAM. Works of the three winners who took the first place in each nomination will be hosted as a banner at the top of the main page of the VATIKAM website within one month (from April 2 to April 30, 2016).

Special diploma "For the positive view of fashion" is awarded to Marina Limina (Russia, Samara).

Honorary diploma "For the elegance of images" is awarded to Inna Gulevataya (Russia, Omsk).

We thank all designers who responded to our invitation and participated in the contest! Pro-active attitude and interest in life are the keys to success in any professional field. We wish you new creative achievements!

Administration of the VATIKAM project. 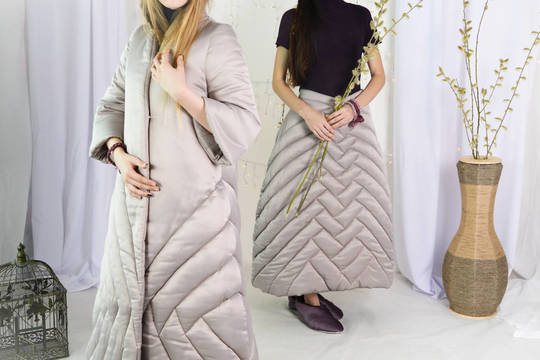 We are inviting designers of clothing and footwear, fashion designers eager to create stylish accessories, and textile designers to take part in a new contest.

Results of the contest "Fashion and style 2016"